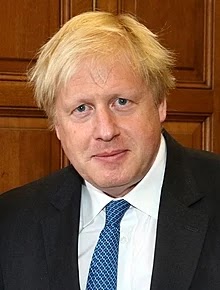 Boris Johnson and Donald Trump have sparked numerous comparisons, including their choice of barbers.

Boris Johnson has been appointed Prime Minister of the UK. A man who is almost as controversial within his party as he is outside of it, inherits one of the thinnest parliamentary majorities in modern British history. His first act in office appears to be to replace around two thirds of the cabinet. In fairness, at least five ministers announced they were unwilling to serve under him. But his appointments strongly suggest most of those would have been replaced in any event. In this Johnson seems to have forgotten one of Churchill's maxims about political rivals. He often said he preferred them in the tent pissing out, then outside the tent pissing in.

Having vowed that Britain will leave the EU on 31 October come hell or high water and refusing to rule out a no deal Brexit, it remains to be seen how this will happen when it is clear that the Commons is generally opposed to a no deal departure. Given where things are, my guess is that Boris will steam ahead at full speed, adopt a very tough line with the EU, who will in turn tell him very politely where to get off. He will then place a no deal Brexit before the House which will in turn vote it down.

I see Johnson as a placeholder who does not enjoy the full support of his own party. The EU knows this and they know that they have little to fear by defying Britain at the moment. The Tories are bitterly divided and if Johnson's government falls over this issue I don't see anyone who could succeed him with the solid support of such a fractured party, in such a fractured House. The only solution, one that neither the Tories nor Labour really want, is another general election. Both of the two main parties are divided by Brexit with only the Liberal Democrats united in their unequivocal pro Remain stand. (We shall ignore for the moment the SNP, fiercely opposed to the breakup of the European Union, while fiercely fighting for the breakup of the British Union.)

All the same, with Parliament effectively deadlocked on the only issue that anyone has been talking about for the last three years, a general election seems inevitable. My guess is early Fall.
Posted by John (Ad Orientem) at 3:21 PM