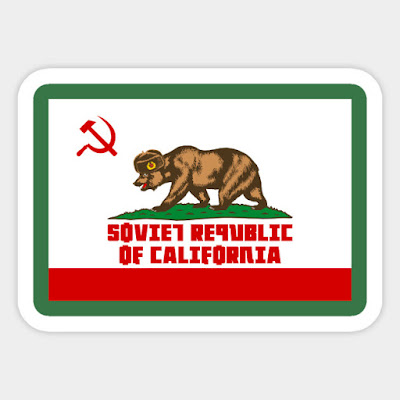 It is hardly a controversial opinion to state that the United States is disintegrating. To be more precise: the ties that bind us together as Americans are fraying, and even dissolving. I don’t believe that this is going to result in the political disintegration of America, as in the Civil War, but I could be wrong about that. The forces of disintegration grow stronger, and there are no counterforces of any potency. The media love to bang on about how Donald Trump is dividing the country by practicing racial politics, and they’re not entirely wrong about that. But I submit to you that nothing Donald Trump says will have remotely the impact that the State of California is about to have through revising its public education curriculum to fill it with Social Justice Warrior content, particularly on race.
The Los Angeles Times reports:


In actions that would affect more than 6.5 million California students, state lawmakers are poised to make ethnic studies a graduation requirement in high school and at Cal State universities, raising the stakes for a team of educators drafting the model curriculum, those who are arguing for changes to it, and also for critics — who see an academic field dominated by one-sided, insular political correctness and separatism.


The high school requirement — the first such in the nation, according to a legislative analysis — appears to have broad backing among Sacramento lawmakers and beyond. A separate bill, mandating an ethnic studies class for every Cal State student, has drawn a mixed reaction at campuses. Although there is wide support for ethnic studies courses, some Cal State faculty and administrators strongly oppose a state requirement. The public’s chance to comment on the model curriculum closes Thursday.
“California is committed to getting this work right,” Linda Darling-Hammond, president of the state Board of Education, said in a letter to the Los Angeles Times. “We will not accept a curriculum that fails to address difficult issues in a way that promotes open-mindedness and independent thought — skills our students need to understand vital societal and civic forces.”
At its core, supporters say, ethnic studies classes teach students how to think critically about the world around them, “tell their own stories,” develop “a deep appreciation for cultural diversity and inclusion” and engage “socially and politically” to eradicate bigotry, hate and racism. This description, from the draft of the model curriculum, is meant to guide California K-12 educators in creating coursework whether or not the new graduation requirement becomes law.
Among those who say the proposed curriculum falls short of its lofty goals is Williamson M. Evers, a research fellow at the conservative Hoover Institution , based at Stanford.
“Instead of an objective account of the history of ethnic groups and their current situation, this is a biased portrait emphasizing suffering and victimization, serving as a kind of road map to create ideological activists based on racial identity,” Evers said. “Will you be graded on having the politically correct answers?”
Among other things, Evers objects to the association of capitalism with forms of oppression. He also is put off by the academic language that has grown up around the field, which employs such terms as “herstory” and “hxrstory” to replace “history.”