Much of bitcoin's 2017 boom was market manipulation 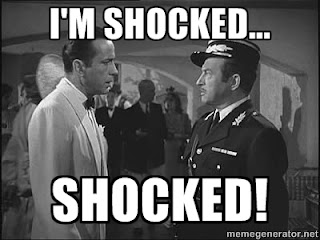 Bitcoin's epic rise last year may have been more than investor fervor. A study published Wednesday says at least half of the jump in bitcoin was due to coordinated price manipulation.

University of Texas finance professor John Griffin, who has a 10-year track record of spotting financial fraud, and graduate student Amin Shams examined millions of transactions on cryptocurrency exchange Bitfinex. In a 66-page paper, the authors found that tether was used to buy bitcoin at key moments when it was declining, which helped "stabilize and manipulate" the cryptocurrency's price.

"Fraud and manipulation often leave footprints in the data and it's nice to have the blockchain to track things," Griffin told CNBC.

By tracking Bitfinex transactions, which are recorded on a public ledger, Griffin found that another cryptocurrency, tether. was used to buy bitcoin after large price falls. The authors tracked that pattern and found periods of suspicious bitcoin price activity tied to the issuance of tether, which is purportedly pegged to the value of the U.S. dollar.

"It was creating price support for bitcoin, and over the period that we examined, had huge price effects," Griffin said. "Our research would indicate that there are sophisticated people harnessing investor interest for their benefit."

Bitcoin rose to almost $20,000 in December after starting last year below $1,000. This year, the world's first and most popular cryptocurrency has lost more than half its value, trading near $6,252 on Wednesday afternoon, according to CoinDesk.

Meanwhile, the drop is basically a legally sanctioned scam. Why? The bitcoin futures only close in dollars. You can't take delivery of bitcoin like you can with corn, soybeans, etc...

Now people seldom do take delivery, and no doubt people sometimes scam, but the possibility of requiring one to actually deliver the commodity tends to limit the shenanigans. (Although, supposedly, there is more gold traded on paper than what actually exists)

But anyway, this is like a synthetic inflation. There will only be 21 million bitcoins, but with the futures market and trillions of dollars, you can make it look like there are trillions of bitcoin. And the people who would want to do this would regard the money occasionally lost if they get on the wrong side of a trade as money well spent.

No doubt there were attempts at pushing the price higher before these futures came out, but it was a fundamentally more free process then, and there is an underlying factor- most of bitcoin holders hold, whether the mine them or buy them- they tend not to be participating in a lot of selling of them. That alone suggests a higher price. But now the financial sector (and there's no reason the Fed can't get into the act) can generate this false, lower price, while never being responsible for coming up with the bitcoin.

Anyway, this is one of my little pet peeves, because I don't think even the bitcoin advocates are properly pointing this out.

Besides, the costs associated with mining & maintaining bitcoin are out of sight. Transaction fees will become unsustainable once something like this get going.

What ended it for me was when a bitcoin purse got hacked a few years ago. Besides, what happens when the Internet goes down?

I will stick with gold. (August, you are right. Historically, bank runs occurred when the banker printed more bank notes than he had gold in the vault & his customers figured that out.)