Notre Dame and my fears 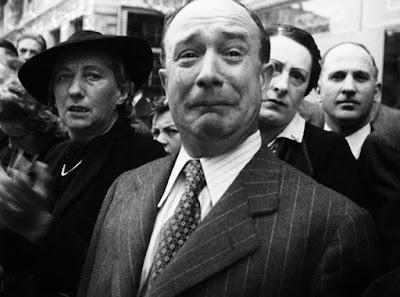 As anyone who has not just arrived from another planet will be aware, the great Cathedral of Notre Dame in Paris was severely damaged in a fire yesterday. It appears that the fire brigade heroically managed to save most of the great treasures of art and holy relics as well as significant parts of the cathedral itself. Notably, the iconic bell towers were still standing this morning.

France is, understandably, in deep shock and mourning as is much of the world. I visited the cathedral in the 1980's while in the Navy and yesterday's events were so disturbing I had to turn off the TV. The fire is being described by some as the worst cultural disaster to hit France since the Nazi occupation.

Now comes the hard task of sorting out the damage and planning the restoration and rebuilding. Yes, the cathedral will be restored. President Macron's declaration to that effect was almost unnecessary. There was never any doubt.

Which brings me to my great fear. How will it be done? I am not worried about the money. I am worried about what will emerge from the smoke and ashes. Notre Dame has been through rough times before. It was redecorated by Louis XIV. After being sacked by anti-clerical mobs during the French Revolution it was left as a near ruin until restoration work began in the 1830's. But in each case the building was redecorated/restored, at least in part, to the tastes of those in charge of the project.

In the present day and age that could be disastrous.

If the Society of St. Pius X were given charge of the project, I would not fear for the end result. But the French Catholic Church might as well be on the list of endangered species. And what is left of it has, with a few notable exceptions, fallen into the grip of the most odious modernists.

If the Cathedral is rebuilt in the spirit of Vatican II... I tremble at the thought.
Posted by John (Ad Orientem) at 10:37 AM

What could possibly go wrong? https://www.youtube.com/watch?v=9PiE8gwCYKg&list=OLAK5uy_k1xYilEmIwHxc2SAYuc32cdqZVl5IOxaA