The left should resist the siren song of ‘modern monetary theory’

Over the past year, a new economic concept has moved to the center of the political debate, as economists, pundits and policymakers hold it up as the answer to our economic problems. Modern monetary theory, or MMT, supposedly explains how “We Can Pay for a Green New Deal,” as one of its leading advocates recently argued in HuffPost. “Here’s the good news,” wrote Stephanie Kelton, a professor of economics at Stony Brook University, along with two co-authors. “Anything that is technically feasible is financially affordable.”

While Democrats and Republicans ask the “same tired questions” about the affordability of projects, Kelton and her co-authors argue that we can just open the spigot of the money supply by “printing” new currency (done with computer keystrokes these days, not a mechanical press), and so we can abandon the “obsession with trying to ‘pay for’ everything with new revenue or spending cuts.” This is the kind of answer advocates and policymakers across Washington are eager to hear: If it’s too hard to persuade politicians to increase taxes, that’s okay. There’s a technical fix.

This is a huge departure from the assumptions that govern our budget. The United States, MMT advocates say, should decouple spending decisions from taxing decisions. And while there is merit to certain MMT proposals, it’s a distraction from tackling our biggest economic challenge: inequality.

It would not be an overstatement to say that MMT hasn’t been well-received among many economists — and not just conservatives. Former treasury secretary Larry Summers called it “voodoo economics” in The Washington Post, suggesting that it offered the false promise of a “free lunch.” In a recent poll of about 50 elite economists by the University of Chicago Booth School of Business, not a single one agreed with a central MMT claim: “Countries that borrow in their own currency can finance as much real government spending as they want by creating money.” MMT proponents have responded that their views are misunderstood by mainstream economists.

We currently live in a country without a fiscally sane political party. Republicans and Democrats are in a bipartisan rush to bankrupt the United States. 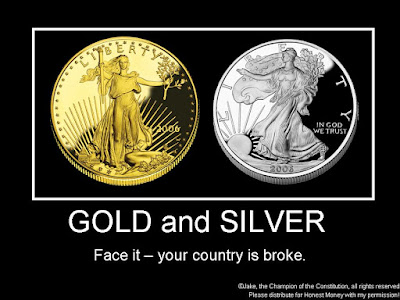 The most dangerous person in the world is the well intentioned fool, with power.
Posted by John (Ad Orientem) at 1:05 PM

Even liberal-left economist Paul Krugman thinks MMT is nuts. He's been arguing against it publicly since at least 2011.

They have basically taken his insight regarding the lack of inflationary pressure when borrowing in your own currency at the zero lower bound and applied it generally to the economy at all times.

(Krugman's case was actually proven in a natural experiment, i.e., the aftermath of the financial crisis of 2008, and in the face of conservative economists' hyperventilation regarding looming inflation and the debasement of the currency should the profligate Democrats led by a Kenyan Muslim Marxist dare to assist homeowners, the auto industry, or the economy via fiscal stimulus - especially if it was in the form of anything other than tax cuts, which go disproportionately to the wealthy who are prone to save that money rather than to spend it "stimulatively".)

"[The fairly broad group of conservatives] that advocated tight money in the aftermath of the global financial crisis... bitterly criticized both the Fed’s low interest rates and its efforts to boost the economy by buying bonds, so-called “quantitative easing.” Its members warned that these policies would lead to runaway inflation, and seized on a rise in commodity prices in 2011-12 as the harbinger of an inflationary surge.

Meanwhile, economists at the Fed and elsewhere argued that there was no inflationary risk given the depressed state of the economy, and that “core” inflation, which excludes volatile food and energy prices, was a much better indicator of inflationary pressure than commodity prices.

We now know what happened: The Fed was right and its hard-money critics were wrong. In fact, it’s hard to think of other events in economic history in which rival doctrines received such a clear test, and in which one of them emerged so decisively as the winner.

We can summarize how events went down with two charts. Figure 1 shows two numbers, both expressed as indexes with Dec. 2007 – the start of the Great Recession – set to 100.

The blue line shows the monetary base, the sum of currency in circulation and bank reserves; when we say that the Fed “prints money,” we mean that it increases the monetary base. As you can see, that base soared as the Fed fought the slump; critics warned, most famously in a 2010 open letter to Ben Bernanke, that this would lead to an inflationary explosion. But the red line shows what happened to consumer prices: basically nothing.

Figure 2 shows two more numbers. The blue line shows the rate of change in the prices of commodities – raw materials like copper and soybeans. Commodity prices surged in 2007-8, and right-wingers like Moore called for interest rate hikes to head off what they saw as looming inflation. In reality, the Great Recession was already underway. After plunging in the face of crisis, commodity prices rose again in 2010-12, and people like Paul Ryan berated Bernanke for policies that would “debase” the dollar.

But the red line shows the number the Fed focused on, core inflation, which stayed low. Sure enough, the commodity price surge was a temporary blip, and runaway inflation never happened.

As I said, the Fed’s critics were decisively proved wrong. When it comes to evidence settling an economic dispute, the monetary events of 2009-2014 or so were as good as it gets."