The sun sets on the Wilpon era 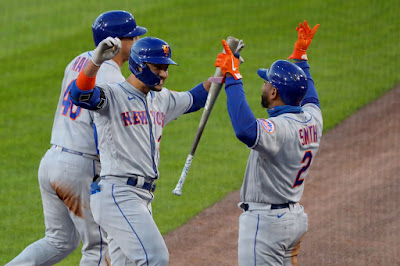 Multiple sources are reporting that Steve Cohen is set to buy the New York Mets for roughly $2.4 billion. That makes the Mets the most expensive sports franchise sale in US history. Beyond which it will mark the end of an era likely to be remembered for tight payrolls and lackluster performance by the club. In fairness the Wilpons suffered some serious financial reversals in their investments which were hammered by the 2008-09 panic and also the loss of a significant amount of money invested with Bernie Madoff. But Cohen, assuming his purchase gets the green light from 23 of the other clubs, is a man with comparatively deep pockets.
Posted by John (Ad Orientem) at 7:37 PM

Always grateful as a Phillies fan for the predictable Mets September swoon lo these past 20 years.