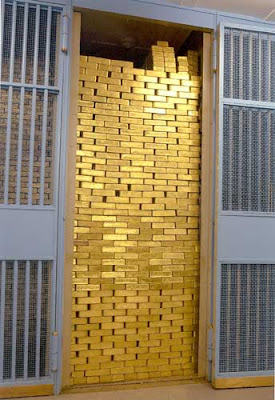 Central banks around the world have upped their spending on gold to the highest level in almost three years, according to the World Gold Council (WGC).

More than 148 metric tons of gold were bought by the national banks in the three months to the end of September, a rise of 22 percent on the same period last year.

Using the current spot price of $1,223 per troy ounce, the gold purchases by the banks added up to a $5.82 billion spending splurge on the precious metal.

Russia’s central bank led the buying, purchasing more than 92 tons of gold. This marked the country’s biggest quarterly net purchase on records that stretch back to 1993.

In May this year, the Russian central bank’s First Deputy Governor Dmitry Tulin told lawmakers in the lower house of parliament that gold was “a 100 percent guarantee from legal and political risks.”