In This Great Service: A Theological and Political Defence of Monarchy 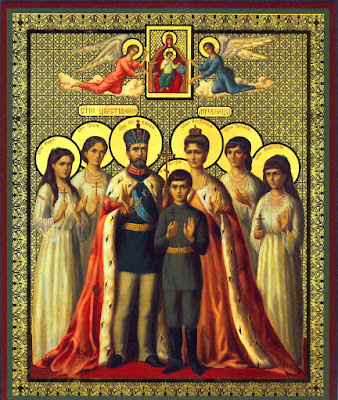 This will be no great tract, for such a lengthy essay it is not in my power at present time to write, and wiser men and women than I have already left the world with so many excellent essays on the virtues of the monarchical system. Instead, let this essay serve as a straightforward and simple enumeration of the benefits of monarchy, its inherent virtues, and natural superiority over the republican form of government presently used by most of the world.

Further, let it serve as a theological reflection on the reality that kingship is the sole political model which is recognized and discussed in the Holy Scriptures, even though several forms of government existed in the world at the time of the Scriptures’ composition. As Christ is often referred to as the eternal King of the ages and the Son of David, let the point stand that the Israelites prior to His coming understood and anticipated His messiahship as a typological fulfillment and full realization of their ancient Davidic kingship. That is, as Israel’s kings were anointed by God and consecrated to their duties of holy service to Him and His people, even carrying out specific priestly roles in the Temple, so too have “pious kings and right-believing queens” of the Orthodox Faith, as defenders of the new Israel, the Church, been understood throughout their existence to be consecrated to their people’s service and anointed by God. Reflecting the highly typological language of the Church, which permeates all of her liturgical services, the role of the Christian king is compared to that of Christ: just as Christ the God-Man unites Himself in loving service to the Church His people, all kings are called to unite themselves in a life of service and martyric dedication to their people.

Email ThisBlogThis!Share to TwitterShare to FacebookShare to Pinterest
Labels: Monarchy

Monarchs as a unifying force have no equal.

I understand the appeal of monarchy, but what it boils down to for me is that formal structures matter less than the virtue of the sovereign and his people.

There's nothing like romanticism to trump common sense. Even the Old Testament warns *against* kings. You might want someone as wise as Solomon! Oh, wait...He wound up with idols in the Temple and a bunch of pagan wives. Start from there, take as much time as you want. Don't forget all the rather poor examples of Orthodox emperors. Along with the kings should we also have civil service that includes ranks of eunuchs? In the Roman (Christian!) empire if two men had the same job a eunuch outranked the non-eunuch. Just to let you know how to succeed in your job with the government. Yes, let's sell that. I just scanned the article, but I think he included a picture of Catherine the Great. Hoo, boy.

Thanks Bob for a voice of sanity. There is a reason why the Russian Revolution of 1905 happened and the 1917. Not to mention the great Magna Carta.

Before 1917, Holy Russia was a completely holy and Russian society, filled with sanctity, holiness, and holy sanctity. Society was protected by meek, gentle-hearted community based groups like the Black Hundreds (notice that they were local and small, not "big government"), and society was naturally divided into godly hierarchy which imitated the hierarchy of the angelic realms. Stop spreading Bolshevik lies!