The Alphabet Crowd's Very Own Saint and Martyr 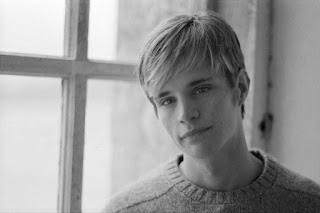 Matthew Shepard, who was killed in what most likely was a drug deal that went bad, is to be re-interred with suitable ceremony in Washington's National Cathedral. Of the politically correct version of events surrounding his death, perhaps the best that can be said is never let the truth get in the way of a good story.

Ultimately though, none of this really means much when weighed against the incontrovertible facts. A young man was savagely murdered. His family was devastated and his killers will probably die in prison.

"Trannies in the military was Peak Leftism."

Twenty years to beatification is a little soon, but probably still enough time for the Episcopal church to confirm the saint's miracle-working.

So the Episcopalians canonize unrepentant homosexual drug users now? I guess they really can keep digging themselves a deeper grave.

It doesn't matter if it was drugs, sex or whatever. He died a horrific death.
RIP

So do lots of people. What is the point of putting his ashes in that Episcopal gift shop?