The end of an era in Switzerland 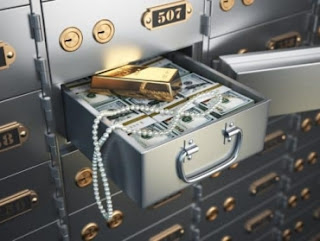 ZURICH (Reuters) - The era of mystery-cloaked numbered Swiss bank accounts has officially come to a close as Switzerland, the world’s biggest center for managing offshore wealth, began automatically sharing client data with tax authorities in dozens of other countries.

The Federal Tax Administration (FTA) said on Friday it had for the first time exchanged financial account data at the end of September under global standards that aim to crack down on tax cheats.

Bank secrecy still exists in some areas — Swiss authorities cannot automatically see what citizens have in their domestic bank accounts, for example — but gone are the days when well-paid European professionals could stash wealth across the border and beyond the prying eyes of their tax man.

Well, I guess I'll have to take my business elsewhere.

And I was thinking of Switzerland after my troubles with 5/3 Bank. :-(