The Great Canon of St. Andrew of Crete for Clean Tuesday

The Great Canon of St. Andrew of Crete for Clean Monday

Please forgive me for any injury or offense I have caused, especially on this blog.
Posted by John (Ad Orientem) at 7:12 PM 1 comment: 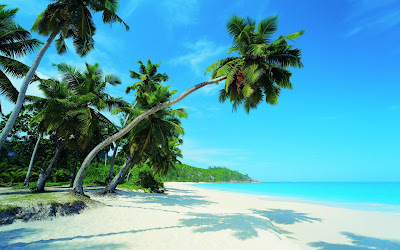 Sorry for the blog blackout. I'm taking a pre-lent vacation and should be back next week. I'd post more but the sun is making it hard to see the screen and the sand is getting into my keyboard.
Posted by John (Ad Orientem) at 9:51 AM 1 comment:

Email ThisBlogThis!Share to TwitterShare to FacebookShare to Pinterest
Labels: vacation

The Church of England has declined to affirm marriage as a union between one man and one woman. Anyone who has not been asleep for the last decade or so will find nothing surprising in this. The CofE and the Anglican Communion are lost. More disturbing are the increasing number of Catholics, including some bishops, who are making noises suggesting their agreement with this apostasy.

That is extremely alarming.
Posted by John (Ad Orientem) at 5:58 PM 1 comment:

All in the family

It appears the North Korea's left wing dictator does not believe in family first. Having already dispatched his uncle (executed by antiaircraft canon) it now appears that he has successfully assassinated his older half brother. Kim Jong Nam was murdered at an airport in Kuala Lumpur under circumstances that sound like the opening scene of a James Bond movie. Since the late Mr. Kim was under the tacit protection of China it remains to be seen what, if any effect this will have on relations between China and its out of control client state.

The latest from the Telegraph.
Posted by John (Ad Orientem) at 11:20 AM No comments:

Have you ever rolled your eyes at some sappy obit or eulogy for someone you knew well enough to think privately that s/he was really an SOB and good riddance? Well apparently a family in Texas has decided to be brutally honest in their final remembrance of Leslie Ray Charping.

Lord have mercy.
Posted by John (Ad Orientem) at 4:34 PM No comments:

Reopening the question of women priests

La Civilta Cattolica has published an essay by its deputy editor, Father Giancarlo Pani, which seeks to reopen the possibility of ordaining women to the priesthood. This journal, published by the Jesuits but vetted by the Vatican Secretariat of State, has long been a means of communicating lines of thought which reigning popes consider important. Therefore, the kindest way to describe this particular article is “peculiar”. It is, in fact, peculiar in at least three serious ways: politically, administratively, and theologically.

When I say “politically peculiar”, I am applying the idea of political correctness to the Church. The question here is what sort of “political atmosphere” prevails in the Vatican under Pope Francis. What viewpoints do the subtle clues of the powerful indicate are open for discussion, and what viewpoints are discouraged to the point of exiling those who articulate them? We already know, for example, that it is considered very good form to lament the “rigidity” of all who choose to emphasize that adherence to Catholic doctrine and moral teaching is required of us by Jesus Christ.

This consideration of the “political atmosphere” is relevant to La Civilta Cattolica because of its unique status. Since its establishment in Rome in 1850, the journal has served as a kind of unofficial voice of the Holy See. It is the only periodical in the world for which each issue is examined and revised as needed by Vatican personnel, and each issue must be approved prior to publication. At the very least, then, the current understanding within the Vatican is that challenging established Catholic teaching is not frowned upon. Such challenges are not the kind of thing that gets a writer into trouble.

Read the rest here.
Posted by John (Ad Orientem) at 6:58 PM No comments:

THE Trump administration recently announced that it intends to review, and presumably overturn, the Obama-era fiduciary duty rule that is scheduled to take effect in April. The administration’s case was articulated by Gary Cohn, the new director of the National Economic Council.

The now-endangered fiduciary rule is based on a simple — and seemingly unarguable — principle: that in giving advice to clients with retirement funds, stockbrokers, registered investment advisers and insurance agents must act in the best interests of their clients. Honestly, it seems counterproductive to go to war against such a fundamental principle. It simply doesn’t seem like a good business practice for Wall Street to tell its client-investors, “We put your interests second, after our firm’s, but it’s close.”

Read the rest here.
Posted by John (Ad Orientem) at 1:10 PM No comments: 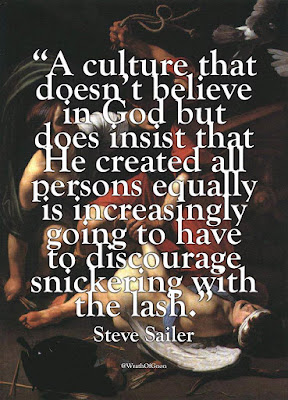 Is the Pope Catholic?

Apparently Catholics are not the only ones opining on that question...
Posted by John (Ad Orientem) at 3:00 PM No comments:

Trump's Supreme Court pick and why he is a done deal

Gorsuch is an outstanding choice. Obviously the other side is apoplectic, and not entirely without reason. When they accuse the GOP of "stealing the seat," well they are right. To which the GOP seems to be responding 'yeah we stole it fair and square, get over it.'

On a more practical note, barring some hitherto undetected scandal coming to light, Gorsuch is in. As in he will be confirmed.

The Democrats are livid but there really is nothing they can do. To be sure they will foam at the mouth and there will be heated speeches on the Senate floor. The committee hearings will be a spectacle. But ultimately Gorsuch is in because the GOP has 52 seats in the Senate and the filibuster is as dead as Jacob Marley. It was killed by Harry Reid when he decided the filibuster was standing in the way of Obama packing the US Federal District and Circuit Courts.

Reid and his fellow Democrats saw an opportunity to reshape the legal landscape which had been decidedly conservative since the 1980's. In fairness the vacancies were there and Obama was within his rights to nominate the judges. Seeing what was at stake the GOP did its best to block this and Reid finally said enough and killed the filibuster.

It was a calculated risk of course, but in the short term it paid off huge. For the first time since the 1970's a solid majority, roughly 2/3, of Federal judges below the Supreme Court are Democratic appointees and they clearly lean left.

Ah, I can hear the objection already... "But but the Democrats left the filibuster in place for Supreme Court Justices!" Well yes they did. There were no open seats at the time on the SCOTUS and if that should change they could easily repeat the process to include Supreme Court nominees. Point in fact, right up to election day, prominent Democrats were openly warning Republicans not to even think about trying to block President Clinton's anticipated SCOTUS nominee or the presumptive Democratic Senate majority would do away with the last vestiges of the filibuster.

So yeah, the filibuster is dead. It may live on in some theoretical form on paper, but like a brain dead man on those machines that keeps the body breathing, it's really dead. The simple truth is that once the Democrats killed the filibuster for political gain they set a precedent. And this particular bell cannot be unrung. If the Democrats try to filibuster Gorsuch, I do not doubt for one minute that the GOP will simply finish what Harry Reid started.
Posted by John (Ad Orientem) at 10:27 AM No comments:

February 1, 2017 (LifeSiteNews.com) – In another in a long stream of apparent attacks on his critics, Pope Francis gave a homily last week accusing Christians who avoid taking risks out of concern for the Ten Commandments as suffering from “cowardliness,” warning that such people become “paralyzed” and unable to “go forward.”

“‘Not taking risks, please, no... prudence...Obeying all the commandments, all of them...,'” the pope said, characterizing the thinking of such Christians. “Yes, it’s true, but this paralyzes you too, it makes you forget so many graces received, it takes away memory, it takes away hope, because it doesn’t allow you to go forward.”

Such people become “confined souls” who suffer from the sin of “cowardice,” the pope added. “And the presen[ce] of a Christian, of such a Christian, is like when one goes along the street and an unexpected rain comes, and the garment is not so good and the fabric shrinks...Confined souls...This is cowardliness: this is the sin against memory, courage, patience, and hope.”