A series of lectures by prominent Orthodox scholars held March 7th-9th, 2019 at Holy Trinity Monastery/Seminary. Many were recorded and the videos are available at the source page linked below.

Patriarch of Romania: If we continue with abortion, we will perish as a nation 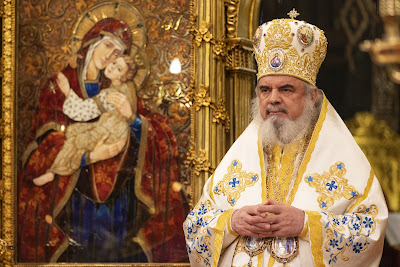 During his homily on the Feast of the Annunciation, His Beatitude Patriarch Daniel stressed that the Mother of God is the Protrectress of all mothers and warned that if abortions continue to take place in Romania ‘we will perish as a nation’.

‘If we, the Romanian people, continue with (performing) abortions, which sum up to millions from 1960 until present, we will perish as a nation. We are in a demographic decline,’ His Beatitude said Monday.

The Patriarch of Romania presided over the Divine Liturgy celebrated on the Annunciation of the Theotokos at the Patriarchal Cathedral in Bucharest.

Concelebrant for the Divine Liturgy was His Beatitude’s patriarchal auxiliary bishop Varlaam of Ploiesti, chief secretary of the Holy Synod. March for Life

In his homily, the Patriarch referred to the March for Life, which ‘has become very popular’, being organized at the beginning of March for a few years.

‘Last Saturday we were very happy to see the March for Life taking place. The people taking part in this pro-life manifestation that shows support to pregnant women are mostly young people, but also old people.’

‘First of all the March for Life has a spiritual aspect, since abortion in Church canon law is called infanticide, but also has a social aspect, since fewer and fewer children are born,’ he said March 25. The Theotokos helps pro-life activists

Patriarch Daniel spoke about the help offered by the Mother of God to all those who give birth to children and bring them up.

Every child is a potential Saint, the Patriarch noted. Children are ‘not only citizens of their earthly homeland, but also of the heavenly homeland.’

The Patriarch offered the example of Saint Gregory Palamas, celebrated on the Second Sunday of Great Lent, who is considered ‘the theologian of uncreated and unfading light and glory in the Kingdom of Heaven.’

‘Few know that this Saint was born in a well-believing family, and therefore the Church included not only him among the Saints, but also his father, mother and two sisters.’

‘So, from a three-child family, all three children became Saints, as well as their parents who gave birth to them.’ 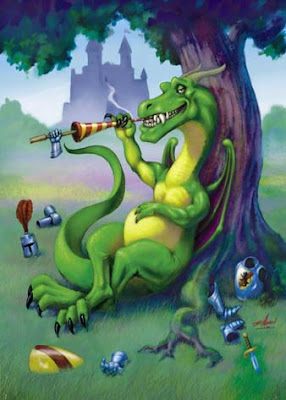 Chicago living up to its reputation. I should be shocked, but I'm not. Just sad and angry.
Posted by John (Ad Orientem) at 2:50 PM 2 comments:

The long awaited Special Councel's report cleared the Donald and his campaign of any collusion with Russia during the 2016 election campaign. And it did so in language that is going to make it hard for the Dems to keep gnawing on this particular bone, which is now starting to look like a left-wing conspiracy theory. The issue of obstruction of justice was left open. But with the SC citing insufficient evidence, I think impeachment is off the table at least for now.

All of which said, there are multiple other investigations still under way, at both the Federal and state level. So Trump is not out of the woods by any means. But this was the big one. This was the investigation that the left was almost salivating in anticipation of its findings. And to put it mildly, it was a big fat nothing burger. The state investigations are being run by nakedly partisan Democrats. So unless they uncover something absolutely damning and incontrovertible they will be open to charges of partisan prosecution.

All in all Trump dodged a bullet and while I am no fan, I can forgive him taking a little victory lap on Twitter and maybe enjoying one of those well done steaks he is so fond of for dinner.
Posted by John (Ad Orientem) at 9:57 PM 11 comments:

In South Africa, a 3-judge panel of the North Gauteng High Court set aside as unlawful and invalid a decision on same-sex relationships made by the General Synod of the Dutch Reformed Church during the Synod's November 2016 meeting. That decision reversed a 2015 policy that recognized same-sex civil unions and allowed the ordination of gays and lesbians.  In Gaum v. Van Rensburg, S.A. High Ct., March 8, 2019), the court said in part:

The Church denied that the 2016 decision prevents the participation of the LGBTQIA+ community in the church community, or that it impedes their private lives, or that the decision violates their constitutional rights.... On behalf of the Church it was submitted that the 2016 decision did not restrict Gaum’s right to freedom of association; Gaum is free to join another Church that interprets the Bible in the way that Gaum does....

There is an argument to be made that a Court cannot prescribe who must be appointed as a Minister in a Church. But, if a member of the Church is permitted to study to become a Minister in that Church, but disallowed to engage in his or her profession only due to the fact that he or she would be in same sex relationship there is an inherent contradiction in the conduct of the Church....

eNCA reports on the decision.

Source.
Posted by John (Ad Orientem) at 9:24 PM No comments:

Brexit is dead. Parliament killed it when they voted against a no-deal option. All the remainers have to do now is to keep finding excuses to vote down whatever deal is put in front of them, which they will. As for the leave crowd, I kind of feel sorry for them. They have been cheated and don't realize it yet. It's a good thing that the right doesn't share the left's enthusiasm for a good riot. If they did, I think they might burn London to the ground.
Posted by John (Ad Orientem) at 2:29 PM 3 comments:

To my godson Basil who was tonsured yesterday to the rank of rassophore and has taken the monastic name of Sophronios. 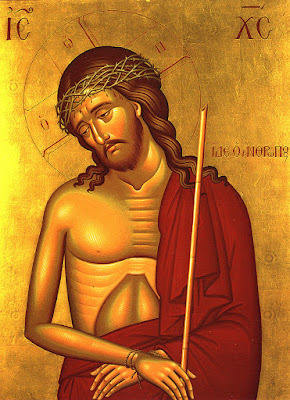 Please forgive me for any injury or offense I have caused, especially through this blog.

March 4, 2019 (Live Action News) — In Norway, the largest Christian denomination is the Church of Norway, with an estimated 70% of Norwegians registered as members. Originally, the church was the official religion of Norway, with mandatory membership, but today, the church and the state have become separated. The church has likewise historically been pro-life, while Norway allows for legal abortion. However, the bishops of the Church of Norway recently released a statement actually apologizing for the church's pro-life stance and stunningly (and incorrectly) claiming that abortion "promotes women's health, safety and security."

"When the law of self-determined abortion was dealt with and adopted in the 1970s, the church was a clear opponent of the changes that were introduced," the statement began. "Priests and others were strong and clear in their criticism of the law for the purpose of protecting the unborn life. Today, we realize that the church's argumentation did not allow for a good dialogue. It's time to create a new conversation climate. We want to contribute to that."

The new conversation, evidently, means acknowledging that abortion needs to be legal, despite also arguing that preborn babies are, indeed, human beings deserving of protection. The statement read, stunningly:


A society with legal access to abortion is a better society than a society without such access. It prevents illegal abortions and promotes women's health, safety and security. It is not least evident in a global perspective. Internationally, we see that churches are still contributing to the burden of many pregnant women in vulnerable positions.

In Norway, abortion is legal through 12 weeks, and can be approved through 18 weeks if a woman files an application (most of which are approved). More bizarrely, the church still apologizes for not being committed enough to "women's liberation and rights."


As an upbeat Howard Schultz tucked into lunch in Washington recently, he was having a good week because Democrats were having an awful one. The former Starbucks chief executive, who is contemplating a plunge into politics, knows that his narrow path to the presidency as an independent depends on the Democratic Party becoming as offensive as the Republican Party has become. So, because his political prospects depend on the Democratic Party making normal people wince, he cannot be displeased by:

Numerous Democratic presidential candidates embracing the Green New Deal in the nanosecond before it became a punchline. Various candidates telling 180 million Americans to have stiff upper lips about losing their private health insurance under Medicare-for-all. One candidate, Sen. Kamala D. Harris (Calif.), saying: There will be less paperwork when the government runs health care. Really. Another candidate, Sen. Cory Booker (N.J.), who is vegan, saying that eating meat threatens the planet. New York and Virginia Democrats, expanding “reproductive rights” to include infanticide, saying that infants who survive late-term abortions will be kept “comfortable” while they die of neglect. House Democrats swatting an anti-Semite in their caucus, but having to live with rising anti-Israel sentiment among their base. And remaining hostage to a ubiquitous colleague who became the face of (a) socialism and (b) freshman Democrats by capturing a safe seat after winning a primary with the grand total of 16,898 votes.

Democrats are spewing fury about Schultz, who they think might siphon off anti-Trump votes and become Ralph Nader redux. In 2000, when George W. Bush won the presidency by defeating Al Gore in Florida by 537 votes, Nader, running as the Green Party candidate, received 97,488 Florida votes, thereby probably defeating Gore.

At this point I don't even know if I will vote at all. I haven't voted in a general election since 2012 and with things in their current trajectory, there is a good chance that will continue. I am somewhat hopeful that John Kasich will challenge Trump for the GOP nomination, though I think it a long shot. The only thing I am certain of is that the next couple of years are going to be interesting... in the Chinese curse sort of way.
Posted by John (Ad Orientem) at 5:25 PM 1 comment: