We are rapidly approaching the point where I will be temporarily relocating back to the year 1975 (mentioned here). As much as I hate doing it, during this period I will have to enable comment moderation. So if you are leaving comments it could be a while before I get a chance to approve them.
Posted by John (Ad Orientem) at 1:29 PM 2 comments:

I'm not going to excerpt this but I will confirm that it is completely over the top. This isn't a presidential administration. It's a political coup d'état executed by escapees from a lunatic asylum.
Posted by John (Ad Orientem) at 8:45 PM 3 comments:

On the ethno-colonialism of the Jerusalem Patriarchate

It is my heart-warmed and world-embracing Christmas hope and aspiration that all of us, the high, the low, the rich, the poor, the admired, the despised, the loved, the hated, the civilized, the savage (every man and brother of us all throughout the whole earth), may eventually be gathered together in a heaven of everlasting rest and peace and bliss, except the inventor of the telephone.
~ Mark Twain, Christmas 1890
Posted by John (Ad Orientem) at 6:23 PM No comments:

Email ThisBlogThis!Share to TwitterShare to FacebookShare to Pinterest
Labels: Technology

Conservative Anglicans are close to despair. Is the CofE about to split?

As an Anglican, I used to think theological liberalism was on the wane. Not any more

Anyone with a lick of sense can see that the Church of England is in serious trouble. Congregational decline, child abuse scandals, and financially desperate cathedrals are just the most obvious symptoms of a very broad disease. As an Anglican, I have been confident that the Church would manage to turn things around in a few decades. After the most recent meeting of General Synod, however, I am no longer so confident.

On the face it, the Synod’s changes were all fairly minor. For all the fuss, the proposal to write official liturgies affirming the new gender identity of transgender people may well be ignored even by Church’s own bishops; and the changes on regulation of vestments merely rubber-stamps what already takes places across swathes of the Church.

But the most significant thing about the Synod was the manner in which it was conducted. The bishops stayed largely silent as Synod did theology by endless anecdote. The only notable episcopal contributions came from the liberal northern prelates (especially Paul Bayes of Liverpool). An outburst of anti-capitalism from the Archbishop of York provided comedy value amongst the general dour air of neo-Puritanism. The monotonous drumbeat of socialism and sexual liberalism was only broken by the ecumenical contribution of Bishop Angaelos of the Coptic Orthodox Church, who warned Synod that it’s bad for PR and the soul to spend so much time talking about sex. His plea fell on deaf ears.

Leading conservative Synod members seem to have left in a state of mind verging on despair. They have suffered no major defeats, but seem confident that it’s only a matter of time. The general consensus is that the “middle third” of Synod has no more appetite for gruelling fights or media uproar, and will quietly acquiesce to liberal demands for church blessings of same-sex marriage, to be shortly followed by same-sex marriage itself.

I feel badly for Mr. Sabisky. Not so much because he is right in his despair about the future of his religious confession, but rather because he does not grasp it's current state. The CofE is, and has been for quite some time, deeply and profoundly heretical by any metric of small "o" orthodox Christianity. Arguably it is simply apostate. That he, as a self professed "conservative" Anglican, does not grasp this pretty much says all that needs to be said about how bad things have gotten there.
Posted by John (Ad Orientem) at 10:17 PM 1 comment:

Email ThisBlogThis!Share to TwitterShare to FacebookShare to Pinterest
Labels: anglicanism, Church of England 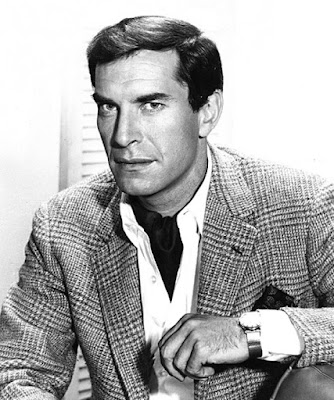 Probably best remembered for his Oscar winning performance in Edward Wood where he brilliantly played the aging Bela Lugosi and also for his role in the 1960's TV series Mission Impossible. However, I  remember him for his role in the campy 1970's sci-fi series Space 1999. At the time I was a kid  and loved the show. Ok ok. So they were a little off in predicting that people in 1999 would all be wearing two tone uni-suits and platform shoes. I've no idea what became of it, but I remember getting a giant sized play model of one the show's space eagles for Christmas one year. I bet that thing would be worth a mint today. Anyways, thanks for the memories Mr. Landau. Memory eternal.
Posted by John (Ad Orientem) at 12:03 PM 2 comments:

For a Frenchman to celebrate the Revolution is akin to celebrating the day your mother contracted cholera. All of the great calamities of the modern world are the fruit of the Revolution. The two world wars. Social violence and class warfare. Communism and Nazism, the two most murderous ideologies in the history of the world are the bastard children of the French Revolution. The history of the French Revolution is written in blood and it is still being written. Gravilo Princip, Lenin, Mussolini, Franco (and the Spanish Republicans- two sides of the same coin), Hitler, Stalin, Mao, Pol Pot, any of the various Kims, Fidel Castro, Hugo Chavez, & etc. are the spiritual heirs of Robespierre. The true symbols of modern liberalism are not liberté, égalité, fraternité, they are the guillotine and the abortion clinic.
Posted by John (Ad Orientem) at 2:23 PM 1 comment:

At the end of June, Pope Francis dismissed Cardinal Gerhard Müller from his position as Prefect of the Congregation for the Doctrine of the Faith (CDF) – arguably the most important position in the Catholic Church after that of the Pope himself, since the CDF is in charge of doctrine.

Müller was given no notice that the Pope was breaking from tradition by not renewing his five-year mandate – and no explanation. A few days later, on July 4, he explained what had happened in a long phone call to his friend Cardinal Joachim Meisner, one of four cardinals who had challenged Francis on the question of Communion for divorced and remarried Catholics.

Meisner was horrified to hear the details of Müller’s humiliation. And, that night, he died in his sleep at the age of 83.

Now Müller – who has always been careful never to question the Pope – has also broken with tradition. He has spoken angrily about the way he was treated – drawing attention to the fact that a pope who never misses an opportunity to uphold workers’ rights plays by very different rules inside the Vatican.

This is what Müller told the Bavarian newspaper Passauer Neue Presse...

Read the rest here.
Posted by John (Ad Orientem) at 2:02 PM No comments:

The Church of Modern Lunacy

I have a passing interest in the Church of England and its American variation, the Episcopal Church. An old friend is in the church so I get some first hand descriptions of what it is like to be in a dying institution. That’s the only way to describe the Episcopal Church. Attendance declines every year as old members die off and new members never materialize. Go into an Episcopal service and you can’t help but notice that most everyone is a senior. The actuarial tables are the church’s greatest enemy.

Of course, church attendance has always skewed a little older. Young people tend not to be attracted to the faith, even if their parents regularly attend services. As people get older, have families and begin to sink roots, they get more involved in their faith and attend services regularly. That’s the trouble with the mainline Protestant religions. The young are not coming back once they start having families. That means their children are not raised in the faith. As a result, these churches are now in a death spiral.

The story is familiar to anyone who has been paying attention. These churches made the decision to chase the latest social fads in the 70’s and 80’s, hoping to make themselves more appealing to the young. The only thing they did was make themselves less attractive to people interested in being part of a traditional Christian sect. It was not just in the pews, but in the clergy as well. Those feeling the call found that the church in which they were raised was not interested in defending and maintaining the faith.

The result is the clergy slowly radicalized. First came the women and then the feminist women. Soon they invited in the homosexuals and the clergy started looking like the faculty of a liberal arts college. That’s when the pews started to empty out. Why bother going to church, when you can get the same liberal lecture from television? That’s what started the decline in church attendance. Instead of offering a shelter from the storm, they decided to chase an over-served market – radical Progressives.

Read the rest here.
Posted by John (Ad Orientem) at 1:49 PM No comments:

New atomic resolution research indicates that the mysterious Shroud of Turin does in fact contain the blood of a torture victim, thus undermining theories that the shroud was painted, reports Catholic News Agency.


“On the basis of the experimental evidences of our atomic resolution TEM studies, the man wrapped in the [Shroud of Turin] suffered a strong polytrauma,” reads the conclusion of the new study. The research was carried out by the Instituo Officia dei Materiali in Trieste and the Institute of Crystallography in Bari, both under Italy’s National Research Council, as well as the University of Padua’s Department of Industrial Engineering, with the results published in the article “New Biological Evidence from Atomic Resolution Studies on the Turin Shroud” in the multidisciplinary open access, peer-reviewed journal PLOS ONE.

Read the rest here.
Posted by John (Ad Orientem) at 1:23 PM No comments:


Of course it's only in Russian... sigh.

Whistling past the graveyard

Why is the Episcopal Church near collapse?

Why are we still talking to the Anglicans?

And I will add my own question, posted at least a half dozen times before on this blog... Why are most Orthodox jurisdictions still accepting Anglican/Episcopalian baptisms?
Posted by John (Ad Orientem) at 6:38 PM 4 comments:

This is from last November but I believe it is as timely today as back then.
Posted by John (Ad Orientem) at 7:05 PM No comments: 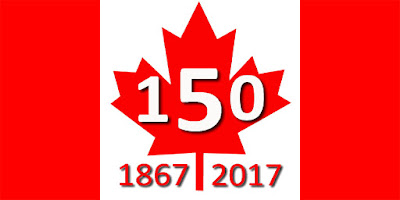