Matins for Great & Holy Friday (Service of the 12 Gospels) 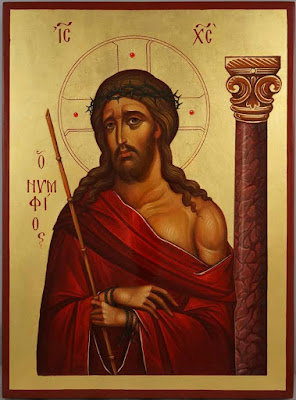 Wishing everyone a blessed Holy Week. Little or no blogging is likely until Pascha.
Posted by John (Ad Orientem) at 9:50 PM 1 comment:

‘Black Swan’ author calls bitcoin a ‘gimmick’ and a ‘game,’ says it resembles a Ponzi scheme

“Black Swan” author Nassim Taleb on Friday criticized bitcoin as a “gimmick,” telling CNBC he believes it’s too volatile to be an effective currency and it’s not a safe hedge against inflation.
“Basically, there’s no connection between inflation and bitcoin. None. I mean, you can have hyperinflation and bitcoin going to zero. There’s no link between them,” Taleb said in a “Squawk Box” interview.
“It’s a beautifully set up cryptographic system. It’s well made but there’s absolutely no reason it should be linked to anything economic,” added Taleb, whose bestselling 2007 book examined highly improbable events and their potential to cause severe consequences. He said bitcoin has characteristics of what he calls a Ponzi scheme that’s right out in the open.
A Ponzi scheme is a type of fraud whereby crooks steal money from investors and mask the theft by funneling returns to clients from funds contributed by newer investors.
Taleb had once held favorable views toward bitcoin, which was created in 2009 and is the world’s largest cryptocurrency by market value. However, he told CNBC he was “fooled by it initially” because he thought it could develop into a currency used in transactions.
“Something that moves 5% a day, 20% in a month — up or down — cannot be a currency. It’s something else,” said Taleb, a former derivatives trader who serves as scientific advisor to hedge fund Universa Investments.
“I bought into it ... not willing to have capital appreciation, so much as wanting to have an alternative to the fiat currency issued by central banks: A currency without a government,” Taleb said. “I realized it was not a currency without a government. It was just pure speculation. It’s just like a game ... I mean, you can create another game and call it a currency.”
Read the rest here.
I think this guy has been reading my blog. Also in today's newsfeed...
$200 billion wiped off crypto market overnight. Bitcoin down over 20% since April 14 (ironically the day I last posted on this subject).
Turkish crypto exchange boss vanishes (along with $2 billion in client money).
Posted by John (Ad Orientem) at 11:07 AM No comments:

Matins with Akathist to the Mother of God

First Class Staterooms on the Titanic

Some video recreations of various first class staterooms on the Titanic based on surviving images as also of her near identical sister ship, Olympic, and builder's plans.
Posted by John (Ad Orientem) at 11:45 AM No comments: 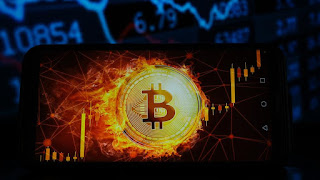 For those contemplating diving into Bitcoin consider its current valuation...

If you are thinking of buying Bitcoin you need to be comfortable with these valuations and expect them to go higher. And IMHO that is not rational. Bitcoin is not a bubble in the traditional sense of the term. The bond market and Tesla might be bubbles. But Bitcoin has moved way beyond that. It has become a speculative mania being fueled by frantic buying on the part of people who are afraid they will miss out on the greatest get rich quick opportunity in the history of investment markets.
Or to borrow an old line from Wall Street professionals "dumb money chases hot money." And I suspect the hot money has mostly cashed in their profits and left the building.
But with trillions now parked in Bitcoin, what is likely to happen when this all blows up? The honest answer is, I'm not sure. There isn't really any modern event to compare it to. You'd have to go back almost 400 years to find anything comparable. The Great South Seas bubble of the 1720s was comparatively tame in terms of its overpricing. As was the railroad bond bubble that precipitated the Panic of 1873 and the stock mania that blew up in October of 1929.
If it deflates slowly (probably the best case scenario) it could limit the systemic risks. But a sudden crash could cause chaos. It could also inflict staggering losses on people who can ill afford to lose a lot of money. If Elon Musk, a big BTC enthusiast, loses a few billion, honestly who cares? But there are a lot of working and middle class people who have been putting a great deal of their hard earned money into this. These people could take a hit they aren't ready for.
Update: On the subject of smart money cashing in their Bitcoin, CNBC reports that Jim Cramer recently sold half of his BTC and paid off the mortgage on his house. Cramer's description... "Phony money paying for real money."
Posted by John (Ad Orientem) at 10:46 AM 4 comments:

The Jesuits should be suppressed (again)

The evidence for this has been overwhelming for many years. But if more is needed, there is this. 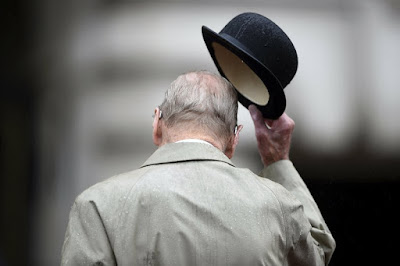 HRH Prince Philip the Duke of Edinburgh
Live news coverage from the UK.
Posted by John (Ad Orientem) at 8:57 AM 1 comment:

Wishing a blessed feast to all those celebrating today.
Posted by John (Ad Orientem) at 1:07 PM No comments:

Email ThisBlogThis!Share to TwitterShare to FacebookShare to Pinterest
Labels: easter