The Library of Congress has a display of photographs taken by the royal photographer of Czar St. Nicholas II online. Sergei Mikhailovich Prokudin-Gorskii was given special funding and transportation by the Czar, including a private train, with the commission to create a photographic record of his vast empire. Prokudin-Gorskii used a self developed method to create color photographs at a time when that kind of technology was almost non-existent. The result is a magnificent collection of color pictures of the Russian Empire dating to the first decade of the previous century through roughly 1915. A small sampling of the photographs are below. Click on the pictures to view them in full size. 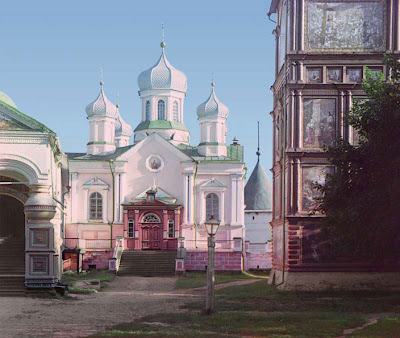 Church of the Nativity of the Virgin of the Trinity-Ipat'ev Monastery (early 14th century) near Kostroma on the Volga. The church was demolished by the Communists. This is believed to be the only color photograph of the church in existence. 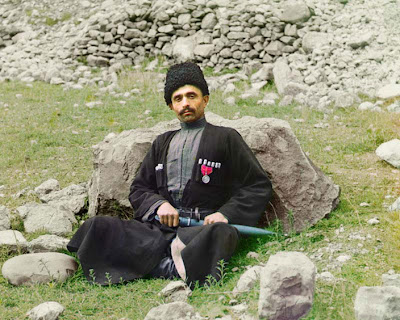 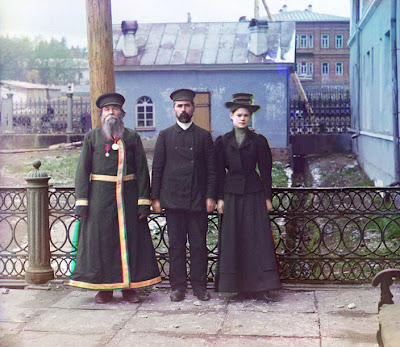 A. P. Kalganov poses with his son and granddaughter for a portrait in the industrial town of Zlatoust in the Ural Mountains region of Russia. 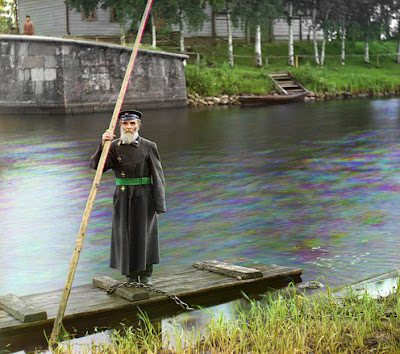 Pinkhus Karlinskii (84), the supervisor of the Chernigov floodgate, stands by a ferry dock along the Mariinskii Canal system in the northern part of European Russia. 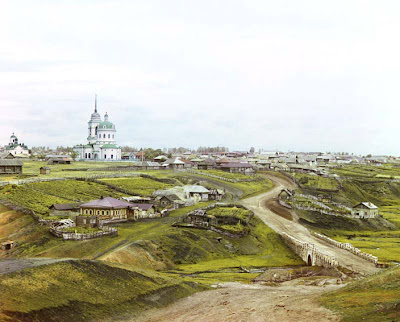 The Village of Kolchedan (1912) in the Ural Mountains near Ekaterinburg.
Posted by John (Ad Orientem) at 1:00 PM

Wow. Very beautiful pictures. Thanks for posting this.

What the atheists destroyed.

Thank you for sharing it. I saw this a few years ago and lost track of it. It's a treasure.

The Museum of Russian Art in Minneapolis had an exhibition of some of these photos in 2008. It was quite wonderful to see...vivid images with beautiful detail.