Mass shootings and the harassment of victims by conspiracy nut jobs 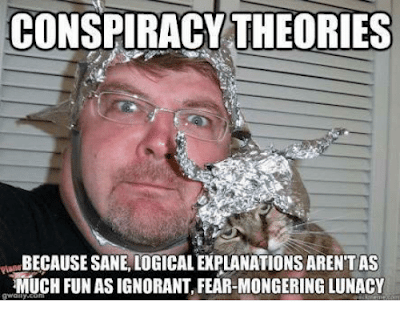 Mike Cronk was sitting half-naked on a street corner, hands covered in blood, when the TV news reporter approached. The 48-year-old, who had used his shirt to try to plug a bullet wound in his friend’s chest, recounted in a live interview how a young man he did not know had just died in his arms
.
Cronk’s story of surviving the worst mass shooting in modern US history went viral, but many people online weren’t calling him a hero. On YouTube, dozens of videos, viewed by hundreds of thousands of people, claimed Cronk was an actor hired to play the part of a victim in the Las Vegas mass shooting on 1 October.

Conspiracy theorists harassed him on Facebook, sending messages like “How much did they pay you?” and “How does it feel to be part of a hoax?” The claims multiplied and soon YouTube’s algorithm began actively promoting the conspiracy theory.

Two months later, Cronk’s online reputation appears damaged beyond repair. Type “Mike Cronk” into Google and YouTube, and the sites automatically suggest searches for “actor” and “fake”, leading to popular videos claiming he and his wounded friend were performers and that the Mandalay Bay tragedy that killed 58 people never happened.

“It’s awful that we have to go through what we did and then you have a whole new level of attacks on you and who you are,” said Cronk, a retired teacher. “I don’t want negative stuff associated with my name, but how do we stop that?”

As record-breaking mass shootings have become a ritual of life in the US, survivors and victims’ families across the country have increasingly faced an onslaught of social media abuse and viral slander. Bullying from the ugliest corners of the internet overwhelms the grief-stricken as they struggle to cope with the greatest horror they’ve ever experienced.

The cycles of hoaxer harassment are now as predictable as mass shootings. And yet those with the most power to stop the spread of conspiracy theories have done little to address victims’ cries for help.