The bond market is flashing a warning sign on the economy 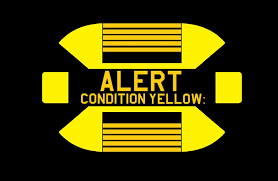 The U.S. economy is more vibrant than it has been in years, yet the bond market insists a recession could be on the horizon.

Some market pros say that warning from the Treasury yield curve, which has long been viewed as reliable, is not as relevant as it once was because of the long years of central bank easing that has depressed interest rates and turned debt markets into far more placid arenas.

The curve has been getting flatter by the day — meaning short-end interest rates are rising faster than long-term rates, and they are growing closer together. A flattening curve is a warning about economic weakness ahead, but should the curve invert— where the short end yield, like the 2-year, is actually higher than the 10-year—that would be viewed as a very solid recession warning.

“The bond market is telling us the [economic recovery] is going to end soon, so let’s price it in with certainty,” said George Goncalves, head of U.S. fixed income rate strategy at Nomura. “They might be right, but they’re too early to call the end of the business cycle. It’s more the fact that it’s flattened so low, and it’s that people are dismissive of this economic recovery…If you look at the facts, why are people jumping on this ‘recession yield curve’ bandwagon when they haven’t given the U.S. economy a chance to see how much it can run? It could show up two years later. Why price it in with such certainty?”

This time it's different, though.