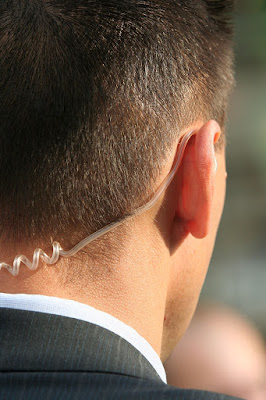 Large numbers of VIPs including politicians, diplomats and junior members of the Royal Family are to have their close protection officers disarmed, with their pistols replaced with the taser and baton carried by most British beat cops. Scotland Yard has approved the plan, code named Option 5, as a cost cutting measure. The Queen, Prince of Wales and Prince William are expected to retain armed protection. Presumably, so will the Prime Minister.

I really don't think this is a good idea. If someone is important enough to rate police protection, their cpo needs to be armed. In a really serious event an unarmed bodyguard will be useless... at best. In the event of a determined attack there is a good chance they will simply be killed. I understand that security is expensive. The amount of money spent guarding people on this side of the pond is astronomical. And there are likely a lot of people who just don't need that. Fine. Quietly drop the protection. But security is not something you do by half measures. Lives are involved, and not just those of the protectees. Do it right, or don't do it at all.
Posted by John (Ad Orientem) at 1:09 AM

Frankly if citizens can't be armed to protect themselves why should the upper crust be any better?

Well, because national leaders are targets and we should want them protected. One issue at a time, Father.

Sorry Fr. Deacon. My comment was meant tongue in cheek as a reaction to some of the bafoonery of certain public officials during events over the past several weeks.