Metal, Money and the Measurable Value of Gold 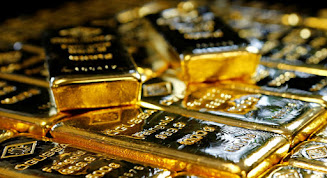 Buried in an otherwise mind-numbingly boring regulatory filing released recently was a seemingly innocuous line item that most people would not give a second thought. Sometime in the second quarter, Berkshire Hathaway invested a comparatively tiny 0.3% of their total portfolio into just a single new company. No big deal, right?

But it wasn’t just any company. After spending decades as perhaps the most respected and widely-cited critic of gold as an investment, Warren Buffett bought 21 million shares of Barrick Gold — one of the largest gold mining companies in the world. It was so out of character that the financial world immediately did a huge double-take. The headline from Bloomberg pretty much speaks for itself:

Berkshire Makes a Bet on Gold Market That Buffett Once Mocked

As one might expect, investors on both extremes of the gold-appreciating spectrum are furiously debating what this all means. Buffett’s closest gold-averse followers are circling the wagons and dealing with a lot of cognitive dissonance, while gold bugs are enjoying dishing out some playful jabs after years of being on the receiving end. Lost in the middle is a vast sea of normal investors watching the news and searching for actionable information.

This article is for that last group just wanting to know the truth about gold and what it can (and can’t) do for their own portfolios.

For some reason gold often becomes a strangely emotionally-charged topic, and frankly both the gold lovers and haters spread lots of objectively false and misleading information in support of their preferred positions. Unfortunately those flawed arguments are sticky, and gold is so commonly misunderstood that even smart, educated, and otherwise level-headed investors have no idea what they’re talking about. So in honor of the shiny metal again making headlines, I thought I’d consolidate some of the most common questions about gold to help sort the truth from the fiction.

A word of caution: Our avaricious gov't decided that owning gold was equivalent to owning a collectible. The tax of any profit is 28% regardless of holding time, regardless of your tax bracket.

Therefore, if you are considering addling gold to your portfolio, better to choose a stock such as Barrick, or a fund. Bullion, while lovely to look at, is difficult to trade and/or store.

That subject is addressed in the linked essay.