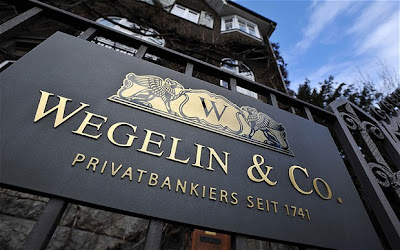 High quality global journalism requires investment. Please share this article with others using the link below, do not cut & paste the article. See our Ts&Cs and Copyright Policy for more detail. Email ftsales.support@ft.com to buy additional rights. http://www.ft.com/cms/s/0/75d4df22-5a4d-11e2-a02e-00144feab49a.html#ixzz2HYbizRty

As well as agreeing to pay $57.8m in fines and restitution to the US authorities, in its guilty plea one of the bank’s managing partners, Otto Bruderer, also set out why Wegelin had continued with activities that it knew were wrong.

First, he explained, the St Gallen-based bank had no branches in the US and believed it was in compliance with Swiss law. Second, he added, “such conduct was common in the Swiss banking industry.”

The appearance of this claim in a court document has alarmed Swiss bankers. With a bevy of regulators in the US probing at least 10 further Swiss banks – including Credit Suisse, Julius Baer, Zürcher Kantonal Bank (ZKB) and HSBC’s Swiss subsidiary – it raises the question of how severe the US treatment of other Swiss lenders will be.

US authorities have certainly shown no sign of flagging. Three weeks ago, they charged two bankers and one former employee of ZKB with helping US citizens hide $420m of assets from the US Internal Revenue Service. “I don’t believe it is finished yet,” says Teresa Nielsen, an analyst at Bank Vontobel, which is not itself being investigated.

Legal observers take a similar view. Wegelin’s claim about the common nature of its conduct will add fuel to the efforts of US regulators, reckons Joseph A. DiRuzzo III, a senior associate at Fuerst Ittleman David & Joseph, a US law firm.

“The US authorities will use it to at least attempt to bring down the Swiss system of bank secrecy,” he says. “This case is likely to be followed by more.”

Game over? Spare me.

For a more reasonable assessment take a gander here: http://www.nakedcapitalism.com/2013/01/us-suit-forces-closure-of-swiss-bank-or-more-accurately-what-little-was-left-of-it.html#comments

Perusing the coverage of this issue in the blogs, law firms, and routine media, I've seen an overwhelming chorus of toadies unquestioningly regurgitating the Treasury's view.

In continuing my discussion of toadies, my only remaining question is whether FINMA will sell out to the US and EU on FATCA-type agreements. Honestly, some asses have no self-esteem at all.

I'm not sure I understand how the US is going after banks which don't do business here. The US and Switzerland are still negotiating over releasing pre-2009 names? How about Switzerland man up and tell the US to get lost - "our laws are our laws, and, while we aren't arrogant enough, like you, to think they apply in other nations, they sure the heck apply here?"

The prosecution was carefully crafted to make sure that at least one of Wegelin's tax evading customers resided in the Federal district that housed the most financially sophisticated prosecution team (Southern District of New York). In addition, three employees of Wegelin, who were directly involved in marketing such services in America, lived in that district. Those employees are now fugitives and are no longer in the US. Finally, Wegelin maintained a correspondent relationship with a US domiciled bank and the low eight figure balance was ripe for the picking. That eight figure balance was part of Wegelin's $74m monetary settlement with the US.

I know of one venerable Swiss bank (that's only 40 years younger than Wegelin) that has refused to accept Americans as customers for the last ten years. The bankers aren't suffering at all. It's the customers—or more precisely the folks who want to become customers—who get screwed.

Let's make no mistake about this. The US wanted to make an example out of someone, and the only vulnerable target was an in-your-face small fry. Wegelin actively marketed its asset protection capabilities to the customers who were leaving those much biggers Swiss banks that were trying work out deals with the Treasury. Let's further emphasize that poaching that business during that period of time was very, very lucrative. If you've never dealt with a Swiss bank, you'd have no idea how high their routine fees are and how they nickle-and-dime their customers during the best of times. Add to that recipe thousands of skittish big-buck tax evaders who wouldn't mind paying through the nose to avoid bunking with Bubba at Allenwood

Let's talk about another aspect of a Swiss banker's DNA. The Swiss know that when the chips are down, everyone blames the banks. Therefore, they avoid scandal at all costs and, when a scandal emerges, they sweep it under the carpet quickly. They stick together in an old boy network and will sacrifice upstarts who violate the unwritten code. I suspect that Wegelin was urged to appear to fall on its sword, but let's be frank. Its partners are free and clear, and we don't know what kind of deal they struck with Austria's Raiffeisen, who bought Wegelin's assets. They didn't have to endure the endless court time during which the US Attorney could try to domesticate the likely US judgment in a Swiss court. There's some talk about releasing names of customers, but, when you examine the numbers of customer "disclosures", they don't even scratch the surface. Knowing what I do about the Swiss system, I'd be inclined to doubt that there has ever been any legitimate disclosure of client data for tax evasion. This whole affair is just another cost of doing business for an industry that doesn't mind throwing a little cash at US Treasury pricks to continue doing business discretely and without interruption.

It occurred to me that the restitution supposedly due the US taxing authorities should have come from the funds of the bank's customers. But if I read Vis's post right, those customers' identities remain secret and the funds themselves are untouched.

a-g, tax evasion isn't a crime in Switzerland. It's a civil matter. Swiss banks are legally forbidden to disclose client data, except those data pertaining to criminal conduct.

Thanks for the insight, Vis. Interesting stuff; I would go with the particular strategy you mentioned of avoiding American customers. There are plenty in Asia to make a Swiss banker wealthy.

It beats me why foreign companies do business in the USA. I certainly would not.