The Secret Service Under Fire 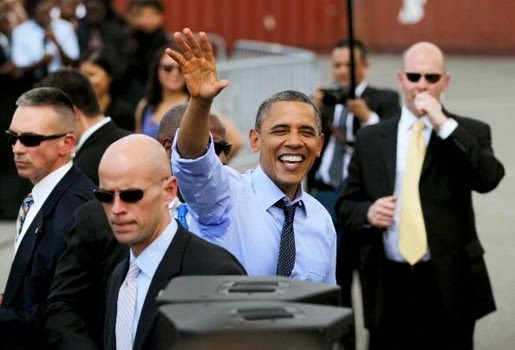 It's been a tough year for the Secret Service. One after another the hits just keep coming for one of the most legendary law enforcement agencies out there. Their job description requires among other things, a readiness to step between the person they are protecting and anyone or thing that may pose a danger to their principal. In the most extreme case they would be expected to use their bodies as human shields and "take the bullet" meant for the President. (At least one agent has done exactly that.) And for 113 years they have, with one truly horrific exception, kept the President's of this country safe from harm despite several close calls.

But now we have people openly questioning whether they are up to the job after a series of scandals and revelations of embarrassing security lapses. Recently an armed man not only jumped the White House fence but managed to force his way into the Executive Mansion itself where he ran amok until finally tackled by an off duty agent.

Possibly though, the most alarming revelation has just made it into the open. Two weeks ago an armed man with a violent criminal record, who somehow had acquired a job as security contractor for the CDC, managed to ride an elevator with President Obama! That's crazy.
Posted by John (Ad Orientem) at 7:40 PM