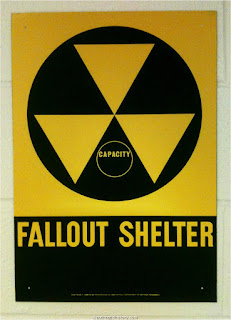 Germany will introduce its first civil defence strategy since the end of the Cold War, calling on the population to stockpile enough food and water for several days, according to a report Sunday.

The plan, which makes civilian backing of troops a priority while boosting the resilience of buildings and increasing capacity in the healthcare system, is due to be adopted by the government Wednesday, according to the Frankfurter Allgemeine Zeitung (FAZ) daily.

Contacted by AFP, an interior ministry spokesman confirmed that the cabinet was due to adopt a civil defence strategy but declined details about the concept or comment on the newspaper report.

The strategy noted that "an attack on German territory requiring conventional defence is unlikely," but said the country should be "sufficiently prepared in case of an existence-threatening development in the future that cannot be ruled out," according to the 69-page strategy quoted by the FAZ ..

"The population will be encouraged to stockpile food for ten days," it said, adding that five days' worth of water -- at an estimated two litres per person per day -- should also be set aside.

When is the last time this country paid even lip service to the idea of civil defense? The risk today is less global thermonuclear war, where civil defense would probably not help the vast majority of our population, but rather attack by terrorists or a rogue state that decides to set off a dirty bomb or figures out how to lob one or two missiles with an atom bomb onto our soil. The loss of life from fallout could easily equal or exceed that from the bomb(s). They used to designate certain buildings as emergency shelters and require food and water to be stockpiled in them. I am not sure that has been done since the 1980's. We are woefully unprepared for this kind of disaster.
Posted by John (Ad Orientem) at 12:21 PM

The next wars will be civil.

Are you a fortune-teller now, A-G?

The risk IS nuclear war and the Germans are in the crosshairs. As secretary of state Hillary Clinton parked nuclear submarines off the coast of Kaliningrad and installed a first strike missile defence system in Poland. Since then, her campaign has done everything possible to poke the bear on one side whilst promoting a domestic red scare on the homefront.

If I were the Germans I would want a lot more than food and water stockpiles to protect me from the rabid interventionism likely to come with another Clinton presidency.

The tensions of European countries are indogenous, not exogenous. The German government is mustering an army to defeat domestic nationalists.