The Donald's Parade (no not Disney World) 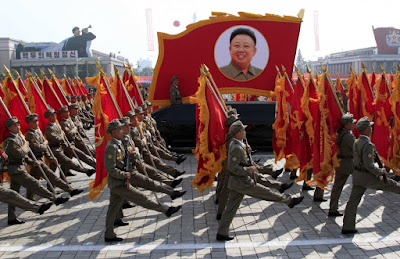 Apparently the narcissist in chief was much impressed with the military show staged by the French on Bastille Day and now he wants one too. And so the order has been given. My personal suspicion is that it's less the French he wants to upstage than the dictator of North Korea who is also fond of public displays of military power and pomp. The irony of course is that this martial spectacle will presumably be reviewed by the draft dodging patriarch of a family, from which to the best of my knowledge, no one has served in uniform... ever.
Posted by John (Ad Orientem) at 8:05 PM