Marine Insurance Firms Brace for a Wave of Claims

More than $3 billion of insurance is in place for liability claims against the owner of the grounded container ship Ever Given, officials with its insurance program said Friday.
It is unclear whether that will be enough to cover losses that are likely to be claimed by some of the more than 200 ships in the canal as of Friday, plus the owners of the cargo they are carrying, if the vessel continues to block the Suez Canal, industry executives said.
Cargo-delivery delays are where a lot of the economic damage would be expected if the critical waterway doesn’t soon open up again to traffic. Delayed shipments could result in manufacturers’ not receiving parts needed for assembly lines or retailers’ not getting spring merchandise in time to stock shelves. At the same time, shipowners who anticipated using their vessels for other cargo loads lose that opportunity as they sit in the canal.
Some ship and cargo owners could end up filing claims with both their own insurers and Ever Given’s insurer—and ultimately suing the container ship’s owner—to receive compensation.
A total of $3.1 billion of liability coverage is available to the ship’s owner, Japan-based Shoei Kisen Kaisha Ltd., through a longstanding shipping-industry program that relies on 13 so-called Protection & Indemnity Clubs, said Nick Shaw, chief executive of the international association of those clubs, which are not-for-profit mutual insurers.
A spokesman for the Club in the U.K., to which Ever Given belongs, said by email, “P&I insurance would cover the shipowner’s legal liability to the cargo owners.”
Read the rest here.
Clearly nobody paid any attention to the bumper sticker on the ship's stern... 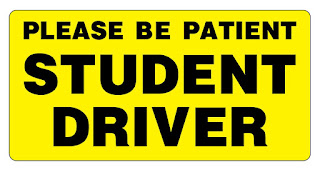