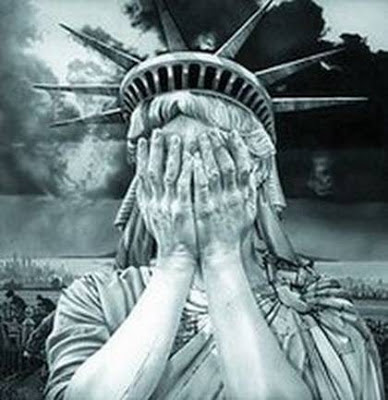 Patrick Leahy, the influential Democratic chairman of the Senate Judiciary Committee, has dramatically reshaped his legislation in response to law enforcement concerns, according to three individuals who have been negotiating with Leahy's staff over the changes. A vote on his bill, which now authorizes warrantless access to Americans' e-mail, is scheduled for next week.

Leahy's rewritten bill would allow more than 22 agencies -- including the Securities and Exchange Commission and the Federal Communications Commission -- to access Americans' e-mail, Google Docs files, Facebook wall posts, and Twitter direct messages without a search warrant. It also would give the FBI and Homeland Security more authority, in some circumstances, to gain full access to Internet accounts without notifying either the owner or a judge.

Write your Senators... while it's still legal.
Posted by John (Ad Orientem) at 11:31 PM

Indeed shameful! It's no surprise to me that the author is a Democrat. One of the distressing aspects of that party is their consistent attack on free speech. I echo your appeal to write your senators.

First, that should have been " One of the distressing aspects of that party is its consistent attack on free speech." But Mr. Leahy may have realized his grave error: