Scary Rumors from the Vatican (or not?) 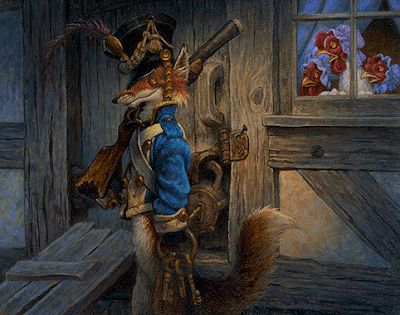 Cardinal Christopher Schönborn is rumored to be inline to replace Cardinal Gerhard L. Müller as head of the Congregation for the Doctrine of the Faith (CDF). If true this will mean the breach of the last really effective line of resistance to the ultra-liberal agenda of Pope Francis. Schönborn is a well known Frankonian yes man and theological modernist who recently opined that all previous Catholic doctrine on the family must now be interpreted in conformity with the Red Pope's highly controversial Apostolic Exhortation Amoris Laetitia.

Müller has been widely viewed as moderately conservative during his tenure at the CDF. But contrasted with the tenor of the current Pontificate he might as well have been the reincarnation of Torquemada. I assume that if the rumors are true that Schönborn is only getting the post because Hans Küng is unavailable.

Update on 07-20-2016: I haven't come across anything furthering these particular rumors, so perhaps there is nothing to them. Hoping...
Posted by John (Ad Orientem) at 1:54 PM

Do you have a source for this?

A number of people, of whom a few may have connections, have been passing this around. That said the only source that I have been able to find in print and that is semi-reliable is the Catholic Herald of Malaysia that report on the possible move here...