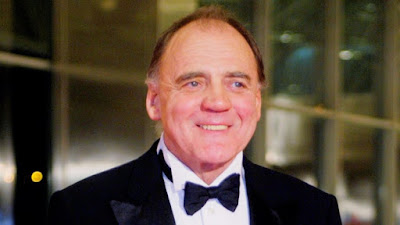 He was perhaps the greatest actor that most English speaking people have never heard of. To the extent he is well known among anglophones it is for his masterful performance as Adolf Hitler in the German film Downfall (Der Untergang), which spawned scores of satirical YouTube parodies using clips from the movie showing some of the Fuhrer's infamous rants. For a good part of his life though, the Swiss native was recognized as one of the finest German speaking actors in the trade. In recognition of which he was the most recent holder of the famed Iffland-Ring for more than twenty years. Mr. Ganz has reposed at the age of 77.
Posted by John (Ad Orientem) at 12:52 PM

To the extent he is well known among anglophones it is for his masterful performance as Adolf Hitler in the German film Downfall (Der Untergang)...

I expect that some anglophones will know him from Downfall. Some others, however, might know him better from The Boys From Brazil, where he plays the scientist who explains cloning to Laurence Olivier's character. In other words, Ganz was an actor who spoke both English and German well enough to work in each language. What is more, he also spoke French well enough to play Remy in La provinciale and Italian well enough to play an Icelandic head waiter in the charming Pane e Tulipani. How many actors can command so many languages so masterfully? He will be missed.