Yesterday I finally got a chance to watch the BBC's 2019 three part adaptation of the Dickens classic which I had been wanting to do for sometime. In particular I wanted to see if the generally chilly reception it got in the UK was justified. And I have to say it was not. If anything, the generally unenthusiastic reviews fall well short of the truth.

This is easily and by far the worst adaptation of the many that I've seen over the years. It wasn't just bad. It was dreadful.

There is almost nothing positive I can say of the miniseries, and that is fairly unusual for me. It was not uplifting. There is no redemption. It bears only a superficial resemblance to Dickens' tale of a miser redeemed, the connection to Christmas being somewhat tangential and with wholesale and very grim departures from the original. This was little more than a social justice warrior attack on capitalism under disguise as a Victorian period horror show. It's so bad (and vulgar) that parents should not allow their children to watch it.

The one and only positive thing I can note of it was the performance by Guy Pearce in the lead role which I thought was credible, given the material he had to work with. But that really is about it. I can't even tell you to watch it for yourself if you don't believe me. It's so long that if I wasn't gripped by the sheer awfulness, and my desire to write a review, I would have never ventured past the first episode.

My bottom line is that this was a political act of cultural vandalism, bordering on violence, against one of the great literary classics of all time, and it is to be avoided. If you can't think of a better use for your time, I suggest counting the blades of grass on your front lawn.

For those seeking better adaptations, my top three recommendations are the 1984 George C Scott, the 1951 Allistair Sim, and the 1970 Albert Finney (musical) versions. All of which were available on YouTube the last time I looked. 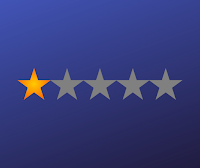 They can't even leave 'A Christmas Carol' alone.

I haven't seen it--didn't even know that it existed--so I can't comment.

But Dickens' story, which I've read four or five times, is certainly scathing enough. And we may be rivaling the Victorians in asking "Are there no prisons?" and decreasing our "surplus population." I've always thought, for a rather unorthodox Protestant, Dickens draws a pretty good picture of Purgatory: "I wear the chain I forged in life."

My favorite has always been the BBC version starring Patrick Stewart, which I've always found most faithful to the original. Of course as a kid I watched the Mr. Magoo version year after year.

The George C. Scott version has been my favorite (in actuality I am practically obsessed with it) almost since its release. I discovered it one Christmas in the '80s while at my in-laws' house for the holidays. This was back when you checked the newspaper for what was on, and changed the channel by getting up from the couch and walking over to the set. At least, at my in-laws' house, that's what you did. But then, they had a party line on their phone until approximately the year 2000. But GCS as Scrooge gripped me so much that I acquired (it was a gift from a friend who knew of my obsession) a VHS version of the film in the early '90s, so that I no longer was obliged to seek out the TV section of the Toledo Blade while at my in-laws' for Christmas, hoping against hope that I hadn't missed a network screening -- blasted commercials and all -- of my favorite holiday movie. Now I own the DVD and -- my family will attest to this -- play it so many times throughout November and December, that almost all of us can quote full sections. Wonderful movie, great adaptation of one of my favorite authors, and not just GCS but the entire cast. Have you seen Dickensian? Happy New Year! xoxo