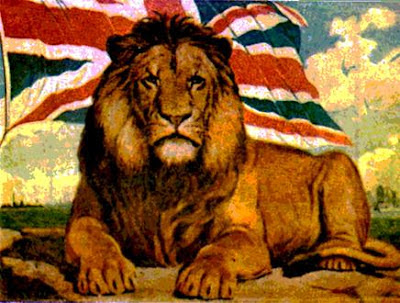 A maritime element of the Iranian Revolutionary Guards (incorrectly referred to in the media as the Iranian Navy) entered Iraqi territorial waters a couple days ago and abducted at gun point 15 British sailors and Royal Marines who were engaged in routine maritime security operations. They have been shown on Iranian TV bound and blindfolded. The Iranians claim that the British were in their waters. has long claimed certain waters generally recognized by the international community as being Iraqi. Presently the Iranians are threatening to put them on trial for any of a number of charges including espionage. The incident however is certainly about more than a dispute over where the boundary lies in territorial waters. ( has heatedly denied the group was anywhere near Iranian waters).

This is merely the latest in a long list of examples showing flexing its perceived muscles as a regional power. Perhaps as the regional power. It also came on the eve of the UN Security Council voting to impose slightly more restrictive sanctions on Iran for its continued defiance of the international community vis a vis its nuclear power project. This project is widely suspected of being a cover for a clandestine nuclear weapons program in violation of international treaties. has repeatedly been caught making incomplete or simply false statements to the IAEC and the UN. For its part has been one of the countries leading the charge for a serious sanctions regime against for its defiance of the world community.

The current regime in has certainly been quite willing to push the envelope in terms of their actions. They are positively brazen in their support for various groups causing trouble in . They have been implicated in numerous terrorist attacks throughout the world including a highly lethal bombing of a Jewish club in some years ago. Recently international arrest warrants were issued for members of 's intelligence service and other high ranking government officials for that particular attack. But I would not suggest holding one's breath. openly backs the Terrorist group Hezbollah in with large quantities of money, arms and explosives as also training in military tactics. Such aid proved highly effective during 's recent incursion into in an effort to push Hezbollah away from its borders from which they have been lobbing rockets into for years. And 's hand has been seen in the efforts by Hezbollah to destabilize 's pro-western government. So far has pretty much gotten away with all of these things.

There are a number of reasons for this. First there has been little appetite in most of the international community for dealing with until its fire breathing president got elected and started making very public comments which could not be ignored by even the most imperturbable. His notorious comments about wiping Israel off the map and his virulent anti-Semitism manifested most recently by a state sponsored convention for Holocaust deniers and other kooks, were so over the top that even the normally ostrich like Europeans were forced to speak out against him. Another factor is the support which has gotten from both and (and until recently ). These countries have very strong commercial ties with and in the case of there is a heavy dependence on 's oil for its economy. Both and have used their very considerable leverage (both have veto power) on the UN Security Council to make sure that any sanctions would be so heavily watered down as to be at most, only mildly inconvenient.

As for their choice of target for expressing their displeasure over the mild slap on the wrist they have received, this appears to be more of a case of opportunity. The Royal Navy is known to be responsible for conducting maritime security operations in that part of the Gulf near 's coast. knows very well that 's days of imperial glory are long past. The British public is deeply opposed to 's involvement in and Tony Blair is now one of the most unpopular incumbent Prime Ministers in living memory. If he were not already understood to be on his way out the door it is doubtful his government would have survived as long as it has. is thus seen as being both politically disunited and militarily a shadow of its former self.

For its part, the although certainly not lacking in the will to confront , is however very much lacking in the means. Diplomatically the rivals in the eyes of world public opinion for being one of the most unpopular countries. is distrusted and disliked by many countries who are her historic allies. The hubris of the Bush administration in its unilateral foreign policy has quite simply offended most of the world to the point of burning a lot of bridges. And however much the President would like to assert a military response the simple fact is that it's not an option. Our military has been stretched to the limit as a result of its commitments in and . There are not enough combat effective divisions left to mount the kind of troop surge that is likely needed to effectively suppress the insurgency in . Any additional major military operation would probably push the military to the breaking point. It would also leave us utterly unable to respond to any other emergency. If decided to take advantage of a military operation against as the moment to reunify the there would be virtually nothing we could do to stop them.

Having said all of this it’s just possible that may have miscalculated this time. is a member of the European Union which has been showing some astonishing signs in recent months of growing a spine. The EU has been almost unanimous in its support for a more severe sanctions regimen than either or were willing to support. Even France (’s most reliably contrary ally) has apparently decided that it is not in their national interests for to get a nuclear bomb. Also, public opinion in does not generally favor countries taking hostages as a form of diplomatic pressure. It’s considered bad form. And remarkably the and President Bush have been keeping a profile so low that people might justifiably wonder where we have gone off to. Aside from our relative inability to be of much use in dealing with for the above mentioned reasons, it also keeps the pressure on to deal with the situation.

If attempts to put the sailors on trial or hold them for a long period of time expect the EU to step up to the plate with some serious sanctions. The UN is not required for sanctions. The EU can impose their own on Iran anytime they want to and extend them to other countries and businesses who traffic with Tehran. Military options are probably somewhere between few and none. The most serious response that might come would be a naval blockade of . But the effect on the world’s economies from such an action would likely be devastating. However has the ability to really put the screws on through sanctions if they actually decide to act. How likely is this? That will probably depend on how decides to proceed in this little crisis they have engineered. They clearly started this and the ball is now squarely in their court. Stay tuned.