Economics and the Gold Standard 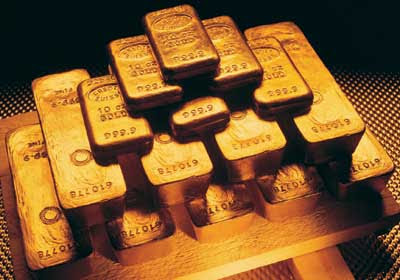 I enthusiastically refer the reader to the posted proposals for the reform of our economy (and society) posted by Owen the Ochlophobist. I am on board with most of them and really only object to one, his proposal to return the currency to the Gold Standard.

I used to be a huge fan of gold as a store of value to back money. However, over time I have come to the unhappy conclusion that an inflexible currency is a bad idea. It was almost certainly a contributing factor to the severity of the depression in the early 30's when the Hoover Administration refused to take the country off the GS. As the economic crisis gathered steam most people sought something safe to put their money in and gold was an obvious choice. Since money was backed by gold what happened is that people began to sit on their money. Thats not something you want happening in a period of economic trouble.

After the Bank of England took the pound off the GS in 1931 a run on currency occurred in the United States where money was still backed by specie. President Hoover was confronted with a major choice. He either had to take the country off the GS or sharply curtail the supply of money to prevent the out flow of specie. The alternative was to watch our nations gold reserves disappear, and with it our limited supply of money which was being hoarded. Unfortunately he chose to exert pressure on the Federal Reserve to tighten the amount of money in circulation. Interest rates were raised drastically and credit all but disappeared. The result was that what in the summer of 1931 was a serious economic crisis had by the summer of 1932 become a full blown catastrophe of epic proportions.

More than a few people today continue to feel that reviving the GS is a good idea. At least one candidate for president (Ron Paul) is a strong supporter of it. And as I said I was once an enthusiastic believer. But almost no serious economists believe it's a good idea anymore. A short and fairly readable (you won't need a PHD in economics) essay against the Gold Standard can be found here.
Posted by John (Ad Orientem) at 1:48 AM