Relics of the Holy Royal Passion Bearers Are Believed Found 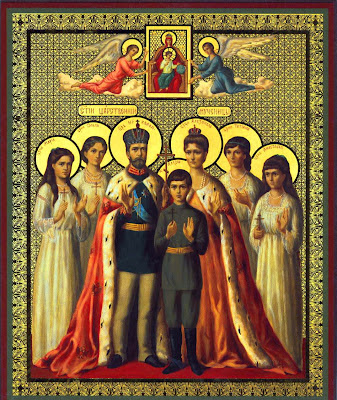 Various news services are reporting that the long missing remains of blessed Alexei, the son and heir of Russia's last Czar Nicholas II may have been found along with those of one of the Imperial Grand Duchesses (probably Maria). The remains of the rest of the Imperial Family along with several servants were discovered and reburied in the Romanov crypt in St. Petersburg some years ago. The Royal Family was glorified (canonized) by the Russian Orthodox Church for the heroic and Christian manner in which they lived and bore the suffering of their final time on Earth while in Communist captivity. The Russian Church Abroad also recognizes them as saints although they tend to refer to them as martyrs.