New York is a city that is used to celebrating baseball championships. But that’s usually in the Bronx. Division pennants over there are so routine they usually are observed with a firm handshake and a polite nod. Not so in Queens. Last night the Mets and their fans showed people how to whoop it up. Below are a few shots of the party from Newsday. 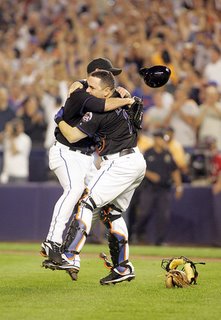 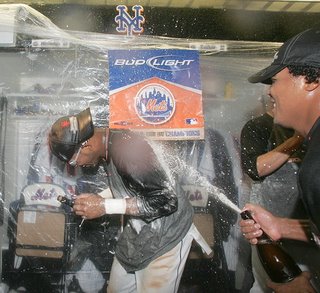 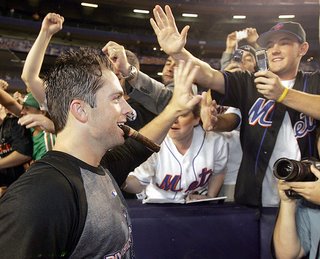 A soaked David Wright greets the fans while enjoying a stogy 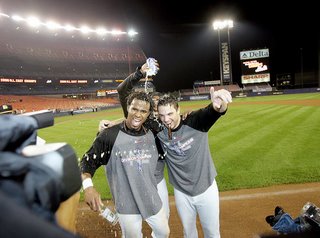 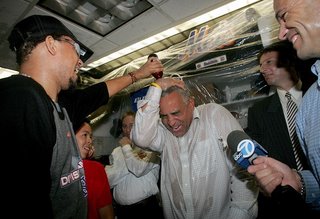 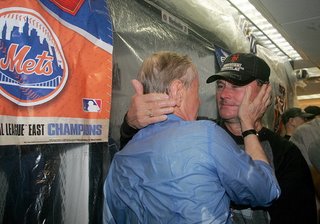 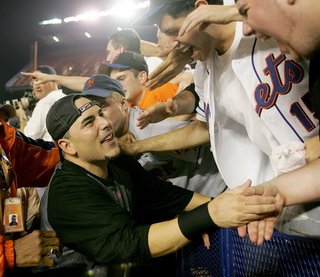 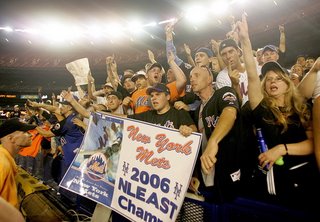 The fans stayed long after the game ended
Posted by John (Ad Orientem) at 7:30 PM