The passing of a witness to history... 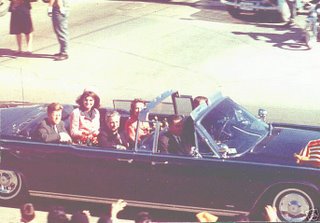 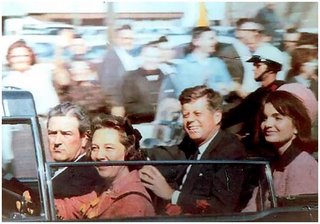 Speaking of assassinations, Nellie Connally, the wife of the then Gov. John B. Connally of Texas has died. She was the last living witness to the murder of President John Kennedy who was actually in the car when it happened. When the attack occurred she cradled her gravely wounded husband in her lap during the high speed drive to the hospital. The Governor survived his wounds. In the photographs above Mrs. Connally can be seen sitting next to her husband in the driver side jump seat of the president’s open limousine as it leaves the airport for and later in the fateful parade through Dallas on Nov 22 1963. Mrs. Kennedy in her famous pink suit and pillbox hat is sitting behind her.
Posted by John (Ad Orientem) at 7:18 PM