The Greatness of Ike 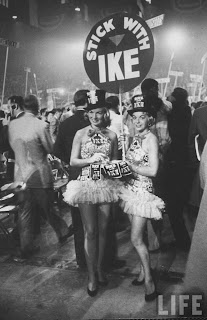 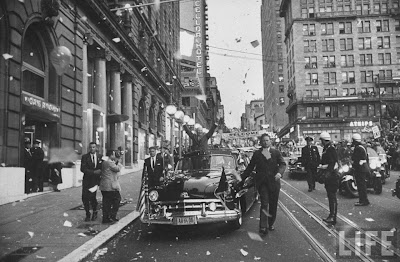 ...In part, this underestimation is a result of the political persona Eisenhower cultivated — an amiable, grandfatherly facade that concealed a ruthless master politician. In part, it reflects the fact that his presidency has always lacked an ideological cheering section. Liberals (who preferred Adlai Stevenson) generally remember the Eisenhower administration as a parenthesis between heroic Democratic epochs, while conservatives (who favored Robert Taft) recall a holding pattern before their Goldwater-to-Reagan ascent.

But ultimately Eisenhower is underrated because his White House leadership didn’t fit the template of “greatness” that too many Americans pine for from their presidents. He was not a man for grand projects, bold crusades or world-historical gambles. There was no “Ike revolution” in American politics, no Eisen-mania among activists and intellectuals, no Eisenhower realignment.

Instead, his greatness was manifested in the crises he defused and the mistakes he did not make. He did not create unaffordable entitlement programs, embrace implausible economic theories, or hand on unsustainable deficits to his successors. He ended a stalemated conflict in Korea, kept America out of war in Southeast Asia, and avoided the kind of nuclear brinkmanship that his feckless successor stumbled into. He did not allow a series of Middle Eastern crises to draw American into an Iraq-style intervention. He did not risk his presidency with third-rate burglaries or sexual adventurism. He was decisive when necessary, but his successes — prosperity, peace, steady progress on civil rights — were just as often the fruit of strategic caution and masterly inaction.

Perhaps “other men” could have achieved this combination of steadiness, competence and successful crisis management, as the Eisenhower memorial’s impersonal design seems to suggest. But few of them have occupied the Oval Office these last 50 years. Instead, from the 1960s down through the eras of George W. Bush and Barack Obama — from “pay any price, bear any burden” to “you never want a serious crisis to go to waste” — the defining vices of the modern presidency have been hubris, recklessness and overreach.

On a side note the photos and video clip were taken from the 1956 GOP convention held in... San Francisco(!), where tens of thousands of people turned out to cheer a Republican president who rode through the streets of their city in an open touring car.

I often refer to myself as a leftover Eisenhower Republican. I usually get blank stares, which isn't unusual. Eisenhower was very practical about stuff, and that's what I admire. You don't see that too often these days in anybody.