Testimony of Genie Expert is Challenged 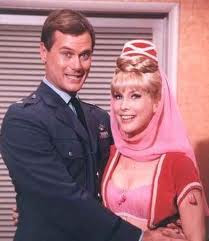 According to this report (via Overlawyered), in 2010 a Saudi defense lawyer demanded that a genie be summoned to testify in open court if the state intended to use its testimony against his client. The lawyer was concerned by the court's willingness to hear instead from a genie expert who said he had talked to the genie and would provide a report.

The existence of jinn - of genies, of demons, the supernatural - is very strongly accepted as reality in Saudi Arabia. This is not only because of references in the writings of Islam, but due to the personal experiences of many Saudis. Few view these phenomena as a joke. Stories of tangible, credible demonic activity are widespread. People are struck, knocked down, bruised by unseen agents while bystanders watch. Certainly our Orthodox Christian faith would lead us to believe in the existence of the demonic. As one Saudi asked me in anguish: "Why are there so many demons in my country?" Why indeed? These stories may be worth more than patronizing sneers from the superior West - which believes in nothing beyond consumer spending and self-gratification.

Not so funny if you are the defendant.