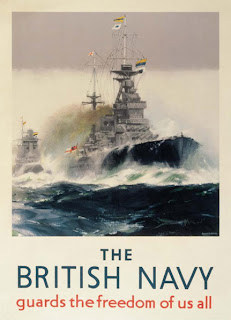 Probably not.  They have gutted their armed forces in general and the Royal Navy in particular.  Not a smart move for an island nation that still is dependent on the sea for its survival.  Add to that Argentina has been rattling its sabres of late... And no, sending Prince William there won't add to the defensibility of the Falklands.

Britain might as well apply to become the 51st state.  They have pretty much made it clear they are depending on us to protect them.
Posted by John (Ad Orientem) at 4:45 PM

Do you have a 2nd wish? The fist one looks to have already been fulfilled.

how can they apply to become the 51st state of america when theyre already on their way, some hiccups of late aside, to becoming the 17th state of germany?

By obliging them we prove that they're smarter than us.