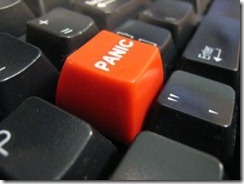 Multiple sources are reporting that the Romney camp is getting very nervous.  The most recent polls show Gingrich leading nationally by 4+ pts and by almost 8 pts in Florida.  Andrea Mitchell at NBC reported that there has been talk among GOP big shots of trying to "reinvent the smoke filled room" and presumably draft an acceptable moderate Republican if Romney loses in Florida.  There is real fear of what will happen if Gingrich is the nominee.  He has staked out positions so far to the social/neo-con right that the only way he could win the general election is if the vote is limited to members of Free Republic.
Posted by John (Ad Orientem) at 6:12 PM

My theory: suburban Boomers, thinking back to the glory days of the 1991 Congress and associating Newt however vaguely (and, on the part of Newt, disingenuously) with the Great One, i.e., Ronald Reagan of blessed memory.

Other than that, I have no idea why Republicans are voting for a Freddie Mac lobbyist with a status-hungry third wife who polls badly against Obama.

Nope. Everyone knows that Newt's a shit, but he's popularly expected to hose Obama in a debate.

Okay, everyone repeat after me, "Southerners are not going to vote for a damn Yankee when another Southerner is available."

Listen to what Newt is saying on the campaign trail in the South. He is saying exactly that in a very polite, Southern way.

And I say all this as a born and bred Southerner. This ain't political rocket science.

Sometimes I think Americans want to nominate Gingrich, just to watch a political debate version of "Celebrity Death Match", and let the chips fall where they may. That is, they want someone with cojones to tell Obama where he can stick his socialist/marxist tendencies, and Newt is the man of the hour. Romney and Paul won't do it, since they're too polite. Obama under attack by Gingrich will just make Gingrich look rabid and sway the left and moderates to Obama's side in the end, thus locking us into another 4 years of national suicide. Our political process has become such a form of black/white reality TV that people aren't capable of seeing the big picture or the consequences for the nation. They just want to see the next episode.